Kshetrapaalaka is a registered charitable Trust established in Palakkad, Kerala with the sole objective of reconstruction and renovation of Hindu Temples that are in ruins.

In the very first year of formation, the Trust undertook rejuvenation projects of 5 Temples in various parts of Kerala. It is estimated that around 600 Temples still lay in ruins in the State, which are mainly on account of two reasons. The Trust has identified scores of Temples scattered mostly in the northern part of the State which call for immediate restoration.All new renovation projects undertaken by the Turst adhere to measurements as stipulated in the ancient texts, Thanthra Samuchayam and Shilpa Ratnam, which provide guidelines for construction of Hindu Temples.

World renowned and proficient Shilpis (Sculptors) have been identified for the same. In addition, world renowned Vastu Acharyas have been roped in for guidance.More importantly, the Trust is blessed to have the guidance from Chief Priests of ancient Temples and other well-wishers in general. When the Trust undertakes a project, a local committee of devotees is formed and they are made to involve in all aspects of the project. Upon completion, the local committee takes over the Temple and runs the same.

The Mysore Gazetteer says that the ravaging army of Tippu Sultan had destroyed more than 8000 temples in South India. The temples of Malabar and Cochin principalities had to bear the brunt of plunder and destruction. The History of Cochin by K.P. Padmanabha Menon and History of Kerala by A. Sreedhara Menon narrate some of them:

“In the month of Chingam 952, Malayalam Era (corresponding to August, 1786) Tippu’s Army destroyed idols of the famous Perumanam Temple and desecrated all the temples between Trichur and Karuvannur river. “ 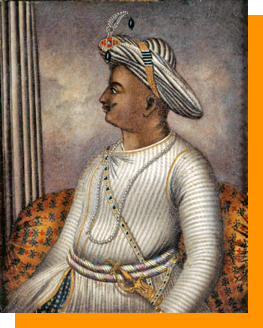 “In the month of Chingam 952, Malayalam Era (corresponding to August, 1786) Tippu’s Army destroyed idols of the famous Perumanam Temple and desecrated all the temples between Trichur and Karuvannur river. “

According to certain personal diary notes of Tippu Sultan, the Chirackal Raja offered to pay over Rs. four hundred thousand in gold and silver to save the destruction of the local Hindu temples by Tippu’s army. But, true to his fanatical jihadi character, Tippu replied that “even if the entire world is offered to me, I will not desist from destroying Hindu temples” (Freedom Struggle by Sardar Panicker).

Tippu’s jihadi soldiers made it a point to slaughter cows en masse. To rub it in, they always slaughtered a cow at the very spot where a Hindu moorti was worshipped, before erecting a mosque in its place. Most of the time, the moorti was smashed and placed at the steps of some mosque for the “faithful” Muslims to tread upon as they came for prayer.

In the wake of that murderous jihadi aggression by the barbarous Muslim Tippu Sultan more than eighty percent of the temples were destroyed in Malabar region of Kerala.

As per Wikipedia: The Mysorean invasion of Kerala (1766–1792) was the military invasion of Malabar (northern Kerala), including the territories of the Zamorin of Calicut, by the Muslim de facto ruler of the Kingdom of Mysore Hyder Ali. 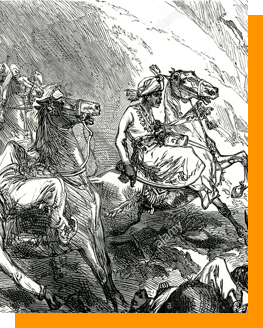 After completing the occupation, Kingdom of Cochin, situated south of Malabar, was made a tributary state of Mysore. The major reason for the occupation of Malabar was the desire to have access to the Indian Ocean ports. The Mysore invasion provided the English East India Company more chances to tighten their grip on the ancient feudal principalities of Malabar and converting Travancore, over whom Mysore Sultans attacked after Cochin, to a mere protected ally.

By the 18th century, all the petty kingdoms of Kerala had been absorbed or subordinated by three big states of Travancore, Calicut (ruled by Zamorins) and Cochin. Kingdom of Mysore, nominally ruled by the Wodeyar family, rose to prominence in India after the decline of the Viajayanagara Empire and again after Mughal Empire. In 1761, Hyder Ali seized control of all of the reins of power in Mysore by overthrowing a powerful minister and became the “de facto” head of Mysore Kingdom. He turned his attention towards expansion which included the capture of the Kingdoms of Bednur (Ikkeri or Keladi), Sunda, Sera, and Canara. In 1766, he descended into Malabar and occupied the Kingdoms of Chirakkal (former Kolathunad), Kottayam, Kadathanad, Calicut, Valluvanad and Palghat and King of Cochin accepted his suzerainty and paid him tribute annually for from 1766] till 1790. Faruqabad, near Calicut, was the local capital of the Mysore-ruled Kerala.

Hyder Ali’s attempt to defeat Travancore, a British ally state south of Cochin, failed in 1767 and second effort by his son Tipu Sultan in 1789–1790 was incomplete. Moreover, Tipu Sultan provoked British invasion in the form of Third Anglo-Mysore War by attacking the Kingdom of Travancore. Thus Travancore was only part of present-day Kerala state that stood outside Mysore authority. 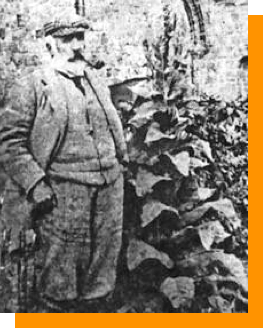 According to the Malabar Manual by William Logan, Thrichambaram and Thalipparampu temples in Chirackal Taluk, Thiruvangatu Temple (Brass Pagoda) in Tellicherry, and Ponmeri Temple near Badakara were all destroyed by the Mysore forces under Tipu Sultan.

Vatakkankoor Raja Raja Varma in his famous literary work, History of Sanskrit Literature in Kerala, has written the following about the loss and destruction faced by the Hindu temples in Kerala during the regime of Tipu Sultan:

There was no limit as to the loss the Hindu temples suffered due to the military operations of Tipu Sultan. Burning down the temples, destruction of the idols installed therein and also cutting the heads of cattle over the temple deities were the cruel entertainments of Tipu Sultan and his equally cruel army. It was heartrending even to imagine the destruction caused by Tipu Sultan in the famous ancient temples of Thalipparampu and Thrichambaram. The devastation caused by this new Ravana’s barbarous activities have not yet been fully rectified.